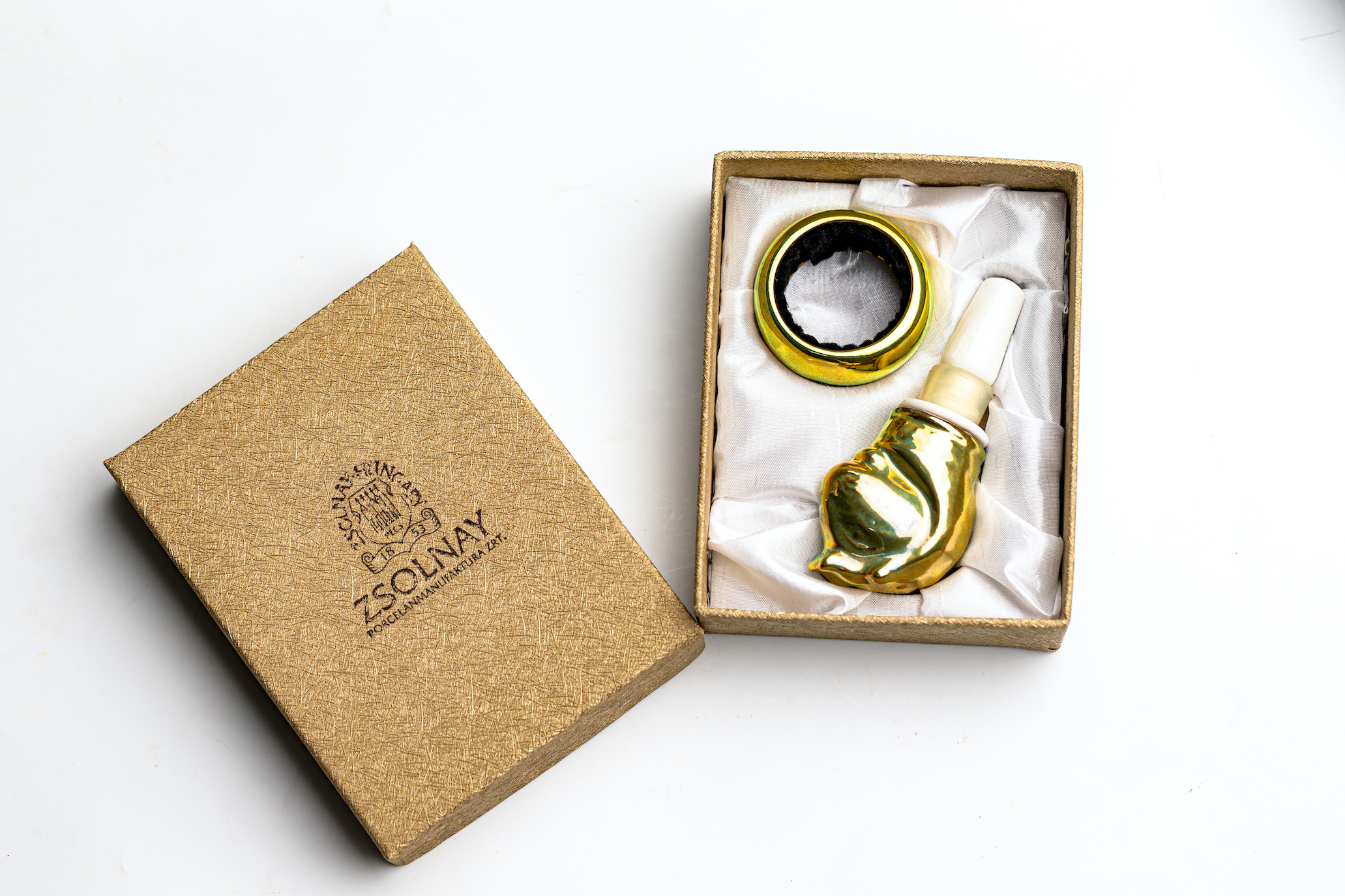 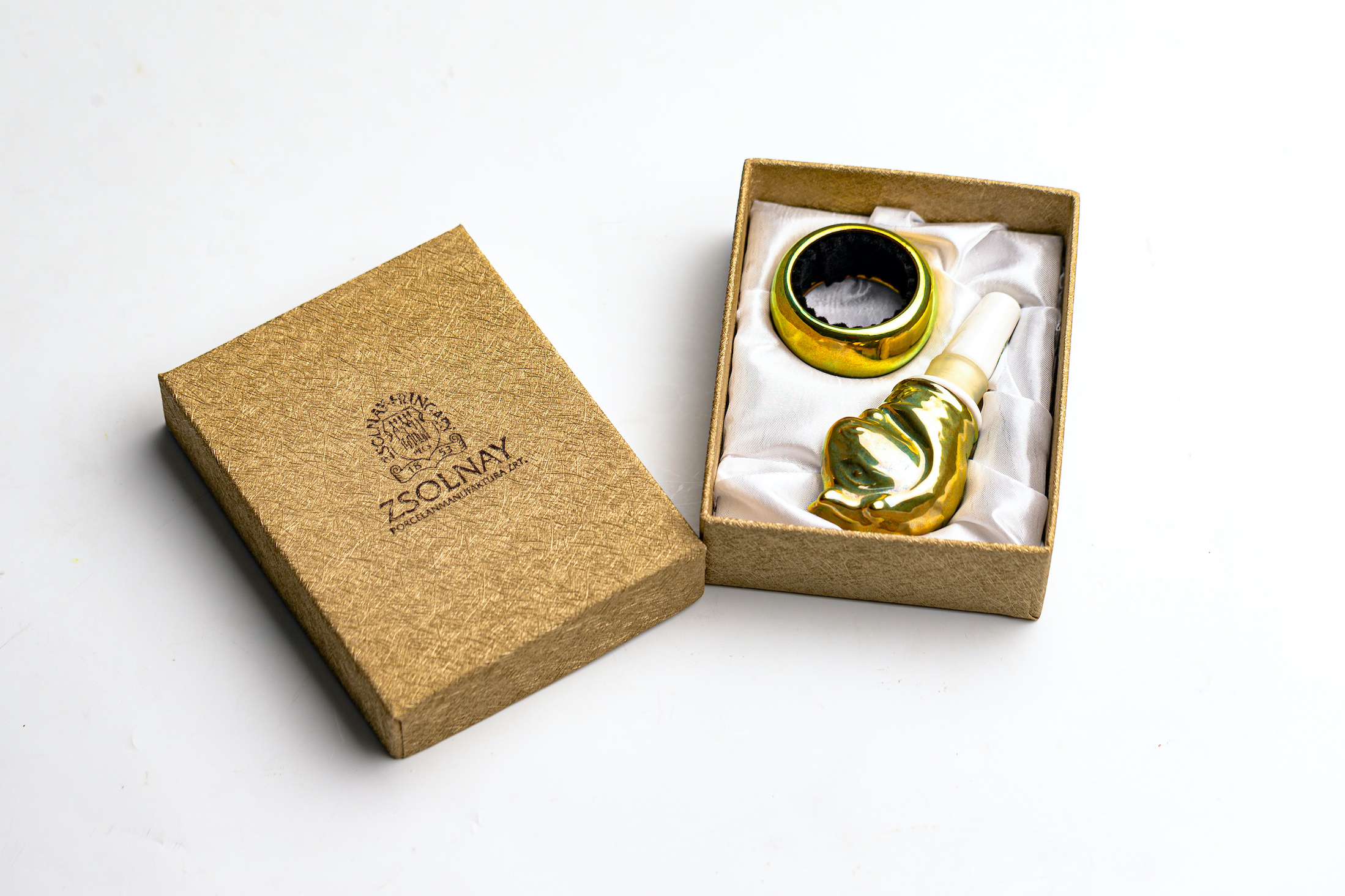 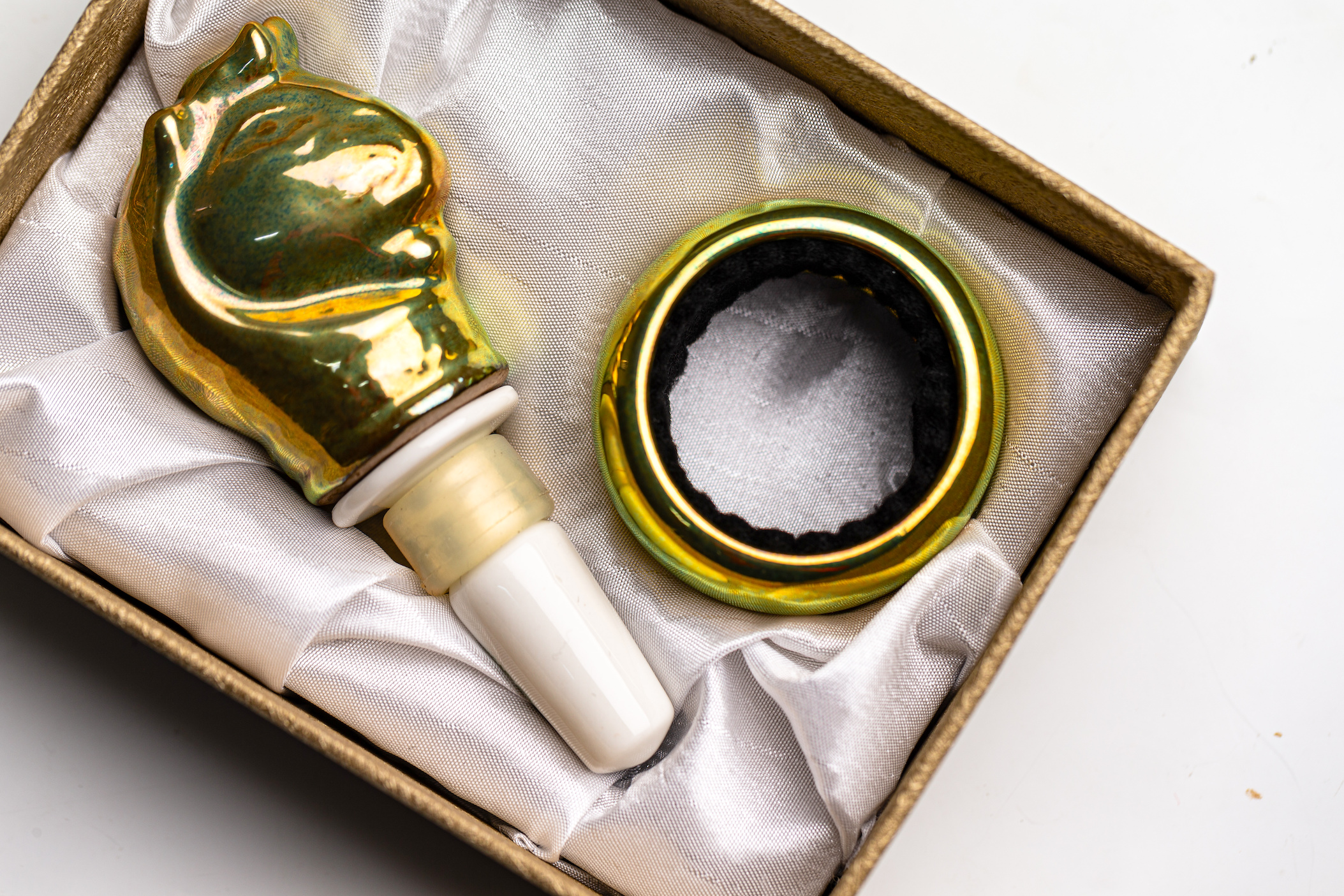 Eosin is a brightly lustrous or matte ceramic glaze, ranging in colour from golden to rose-green. The name is derived from the Greek word eos, meaning dawn, or dawnwash. Eosin is named after Eos, the goddess of dawn.

Metallic lustrous ceramics were first made in the Middle East. The Arabs brought these metallic Hispano-Moorish style ceramics to Europe in the Middle Ages, probably in the 9th century. European potters learnt to make gold-coloured silver and red-coloured copper from the Moors and later made metal-glazed vessels in workshops in Italy.

The technique, which had been forgotten over the centuries, was attempted by many people in the second half of the 19th century to decipher and reproduce it. English and French ceramists (William de Morgan, Clement Massier, Theodor Deck) were also involved in the production of Italian Renaissance metallic glazes. In Hungary, with the help of the chemists Lajos Petrik and Vince Wartha, the technique was developed and localised by Vilmos Zsolnay.  The eosin was made world famous by Vilmos Zsolnay’s factory in Pécs.

The metallic shimmering green, purple, red and iridescent rainbow colours of the technology, which is still a secret, made Vilmos Zsolnay’s name unforgettable. It is easy to understand why each piece is unique and unrepeatable.

The set of ox-head wine stopper comes with instructions for use and care, in its original gift box, in brand new condition.

Perfect as a gift or investment.

The eosin ox-head Zsolnay wine stopper set is a donation of the Hungarian Consulate General in Csíkszereda. Thank you for your contribution to the project of the Hungarian special school for visually impaired children!

RON
Starting price 250 RON
During the auction, the price will rise continuously depending on the bids. The current bid shows the lowest amount that can be offered in the auction.

+ 30 RON
During the bidding process, the price of the products increases continuously, with the increase between two bids being determined by the bid increment.

500 RON
If you do not wish to participate in the auction but would like to purchase the item, you can do so by paying the buy-out price.
Ahhoz, hogy tudjon licitalni, regisztralt felhasznalo kell legyen.
Amennyiben mar regisztralt, jelentkezzen be.
RON
Contact us! E-mail: office@erdelyivakiskola.org Phone number +40-743-122946 Messenger: erdelyimagyarvakok