The song was sung, the word was spoken

We’ve had a great concert tour, Tcha Limberger and Benjamin Clement toured Szeklerland at the invitation of the Hungarian Foundation for the Visually Impaired in Transylvania. They performed twice in Odorheiu Secuiesc, in the concert hall of the Odorheiu Secuiesc House of Culture and in the Jámbor Tehén pub, in Miercurea Ciuc in the House of Culture and in the Ant Bar, and in Sfântu Gheorghe in the Szimpla pub. 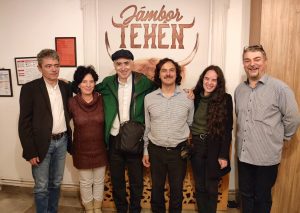 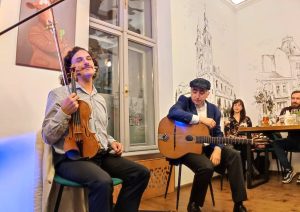 Tcha Limberger, the blind composer, singer and multi-instrumentalist, is one of a handful of world-class musicians who have become accepted and recognised in a style of music that is culturally not their own. His performances on the international stage with the Transylvanian Kalotaszeg Trio and the Budapest Gypsy Orchestra, as well as his practice of teaching and cultivating almost forgotten traditional music, have made him one of the most significant and important figures in the folk music of the Carpathian Basin. For this, he has received numerous accolades from professionals and audiences worldwide. Critics praising his achievements say he is “all about the music”, “the polyhistor king of Gypsy music”, while his fellow musicians refer to him as “the fifth element”. 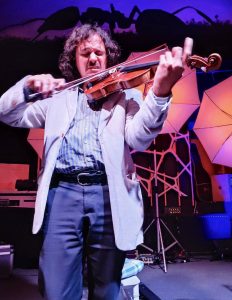 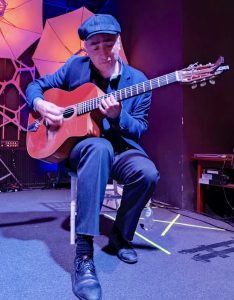 Limberger was born into a prominent family of Belgian-Synth (Gypsy) musicians. He grew up in the world of Django Reinhardt and has worked with many leading artists over the years. His varied musical tastes, interests and passions were developed from an early age: in his first solo concerts he sang flamenco while accompanying himself on guitar at the age of eight. He has an affinity and love for traditional music from around the world, and for a long time led a band of Belgian musicians playing Aymara and Bolivian Quechua indigenous music. He studied modern classical composition with the Belgian composer Dick Vanderharst, for whose dance piece Les ballets C de la B “Patchagonia”, directed by Lisi Estaras, he first composed. Two of his current projects, in addition to his many performances, are “I Silenti” with Fabrizzio Cassol and the much celebrated string swing band Les Violons de Bruxelles. 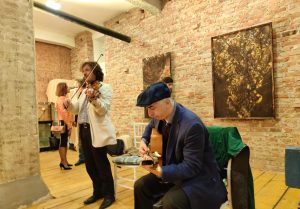 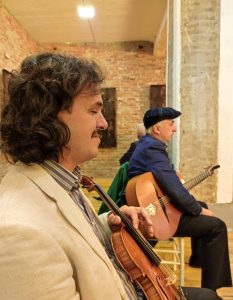 Tcha Limberger learned the Kalotaszeg music from his mentor, the legendary Sándor Neti, and the Budapest Hungarian Nota style from the celebrated solo violinist Béla Horváth. Both have contributed to his recognition as an exceptional and enthusiastic teacher, often giving master classes and leading interactive workshops on jazz and Central European folk music.

Until recently, however, it is his performances with the Budapest Gypsy Orchestra that have brought him the greatest fame, with The Sunday Times praising him as “the polyhistor virtuoso Tcha Limberger is the king of gypsy music”.

Tcha speaks languages and a native speaker of Hungarian. He has known Benjamin Clement, who was born in Brussels, for more than 20 years and has been playing together in various formations ever since. Tcha considers Benjamin to be a rare guitarist, one of the best in the world, because of his virtuosity in the world of jazz, Hungarian, Greek, Turkish, Bulgarian, Romanian and all Balkan folk music. 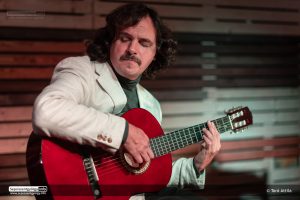 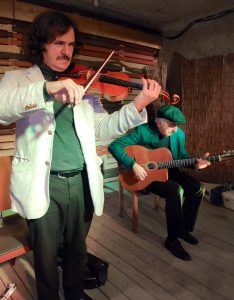 Authentic atavism, brilliant genius, deep humility, liberated, smiling and laughing happiness, kind and informative communication, primordial elemental power, an almost untraceable succession of feelings and emotions, sorrow and happiness, love and abandonment, emanated from the stage, stunned and uplifted, and then again captivated by the power of the kind of monumental music we have heard from Tcha Limberger and Benjamin Clement. Greek love, Turkish loneliness, Romanian gypsy sorrow drowned in wine, synth songs of grace, Bulgarian and Kalotaszegi songs of love, Louis Armstrong’s repartee in a unique and inimitable arrangement. Before the songs, Tcha gave us little music history lectures, introducing us to original songs from the great and famous American jazz musicians of the 1920s and 1930s. 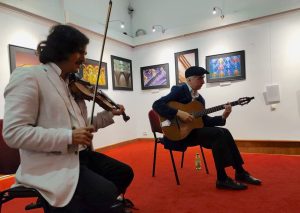 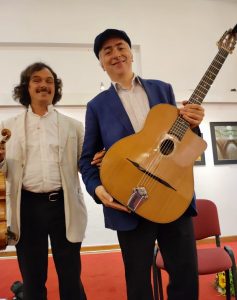 We thank Tcha and Benjamin for making music with all their heart and soul, for taking us to strange and yet so familiar landscapes: love and sorrow, happiness and joy are the same in all parts of the world.

Tcha and Benjamin also learned from us: above all the three basic Sekler rules about the bear, the woman and the beer. And the audience in Miercurea Ciuc also told them that it is possible that in other parts of the world people drink because of sorrow or joy, but in Seklerland they sometimes drink just like that.

And last but not least, we are grateful for the kindness of Szimpla Pub, the meticulous work of Ant Bar, the welcoming professionalism of Jámbor Tehén Pub! 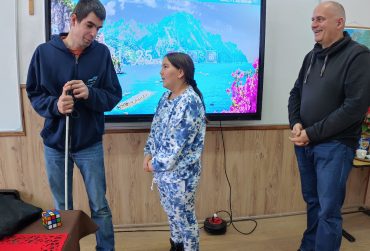 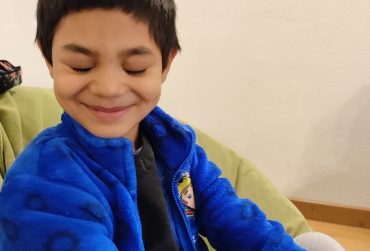 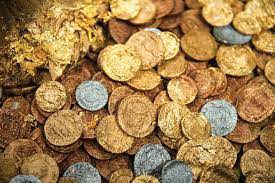