The establishment of an independent, residential, special educational institution for visually impaired children with Hungarian mother tongue continues to be a top priority in the activities of the Association for the Visually Impaired Hungarians in Transylvania. The pandemic greatly slowed down and hindered the management of this project, but did not stop it altogether: we took more important steps towards the goal than we could. We have found a suitable real estate complex in the center of Székelyudvarhely, which after reconstruction will be able to accommodate a special educational center. During the year, we actively participated in the process of clarifying the land register of the said property, which had been unclear for more than 45 years. Price negotiations are currently underway to purchase the property. In response to the growing demand and inquiry, we decided to establish an elementary rehabilitation center for adult visually impaired in parallel with the education center. There are currently no rehabilitation services in Romania for adult visually impaired people who have lost their sight in adulthood. We have also found a suitable property for this purpose, which is suitable to include an entire national service center for Hungarian (and not only Hungarian) blind and partially sighted people. The investment and annual operating costs of the elementary rehabilitation center have been estimated at more than € 900,000, which we intend to raise from community donations and corporate funding as a result of a large-scale fundraising campaign.

The structural transformation of our association started in the early spring period. The Association of the Blind Hungarians in Romania was replaced by the Association for the Visually Impaired Hungarians in Transylvania. After the old management, with whom we have been working since 2018, did not want to continue the activities we started, our association elected a new president and management by mutual agreement, so everything except the legal personality changed.

From June, we launched thematic, online meetings / sessions led by our volunteer specialists and special educators with the participation of younger and older visually impaired children and young people. The younger generation learned tales, songs, creative developmental games, poems in playful ways. The older age group encountered adult visually impaired people whose activities or life paths are exemplary. They could meet a visually impaired psychologist, a college student, a former CEO, a humorist. Online sessions are still ongoing with a view to success.

From the tender amount announced and won by the Mayor’s Office of Székelyudvarhely, we were able to finance the organization of a creative, art camp

In August, we organized a small camp (observing all the relevant regulations and rules) for visually impaired children with special abilities and diligence, where we learned literary works and songs in small groups and intensive classes. In three days, a cultural stage show was put together, which we were able to perform to a fair number of audiences at the camp. Although we originally planned for 100 people at the beginning of the year, from which we booked the home of the St. Francis Foundation in Csíksomlyó, we were unfortunately unable to build it due to the pandemic.

With the help and financial support of our association, a travel teacher was able to start his work in Hidegség. Its activities cover the Csík Basin.

For the first time, we participated in the “Run for It” charity fundraising event organized by the Székelyudvarhely Community Foundation. From the proceeds (34,000 Ron, 250 donors), we purchased smart Braille typewriters for visually impaired schoolchildren.

As a result of our activities, after a short registration process, all visually impaired people in Romania can get online access to the huge audio library maintained and cared by the Hungarian Federation of the Blind and Partially Sighted. Transylvanian visually impaired people will also have access to the “Távszem” service after the removal of a minor technical barrier, which will take place within days. This service “replaces” everyday vision with the help of a telephone application and a trained operator.

A co-operation has been established between the stone grinding workshop of the Aragonite Museum in Korond and the Association for the Visually Impaired Hungarians in Transylvania, in the framework of which adult visually impaired people grind the aragonite semi-precious stones of inimitable beauty. This is how the blind give the “Szekler diamond” shine.

Our full-year activity was to prepare for the purchase of the property for the special education center, to participate in the negotiations, and to mediate between the seller and the buyer. The epidemic has radically slowed down this process. Negotiations are coming to an end, and we hope that a final agreement can be reached within weeks.

In the last months of the year, we prepared for our fundraising campaign with started in January 2021. Preparation of promotional materials, preparation of video materials. This generated unforeseen expenses that we had to take from other items of expenditure for longer-term projects to cover.

At the beginning of 2021, the Perkins Brailler special typewriters arrived from the United States, from the amount of which was collected at the 2020 “Run for It” fundraising event. One of the machines has been handed, the rest will be handed over to the teachers and students of the Faculty of Informatics of Babes-Bolyai University for the purpose of software update.

Also in early 2021, we launched a large-scale community donation campaign with an expected total of € 1 million. From the proceeds, the Association for the Visually Impaired Hungarians in Transylvania will buy a building in which basic rehabilitation activities for adult blind people and special education for children will take place. 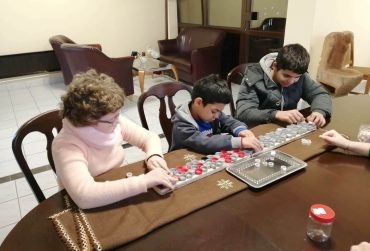 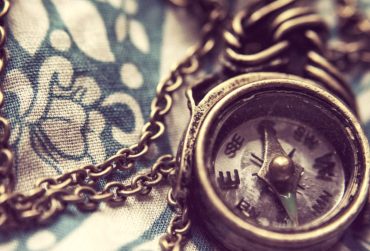 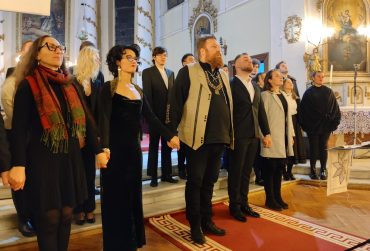